Thoughts on the line at CotA

After many thousands of laps at CotA I can say for certain that the turns that most folks have trouble with are the following:

The rest of the track is mostly just ‘regular’ corners and most get them mostly right.

However, the above corners are where my green, first day ever, students often end up being significantly more efficient around the track than just about everybody else in the run group, often to the point where the student will ask me “Why are they going over there to enter turn three?”, or “Why are they going over there to enter turn eight?” while we basically coast behind them off throttle so that we can give the car in front of us enough room to get through the corner. My answer “I’m not really sure why, but as you can see we are significantly more efficient by taking this line, aren’t we?” and, every single time, I get a very enthusiastic “Yes!”.

This also applies to MANY of the advanced students that I coach.

Data analysis bears out the above too…

Rich Soule Racing adds a new car to the fleet

It all began with a trip to the incredibly dangerous BringATrailer.com…

I’d had a 2004 Radical SR3 for a number of years which I loved, but a 2008 Radical SR3 done up like a Mazda 787B came up for sale and on a lark, I threw in a very low bid. The 787B liveried Radical was four years newer and also had a very desirable (and expensive) paddle shifter upgrade and a spare set of wheels. Who knows, maybe nobody else would bid… Four days later the auction was coming to an end and the car still hadn’t hit market value. Maybe I could grab it? I put in a bid at way under market value and watched the timer go down. A new bid came in, so I put in a new slightly higher bid. This kept on going back and forth for the next (very stressful) 11 minutes (Bring A Trailer always leaves the auction open for two minutes after any bid, so there is no sniping…). At the end of that 11 minutes I saw this:

I’d gone from this: 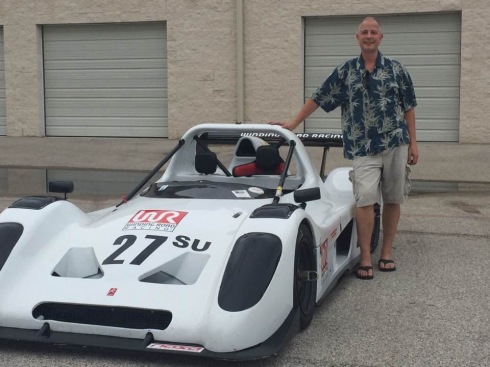 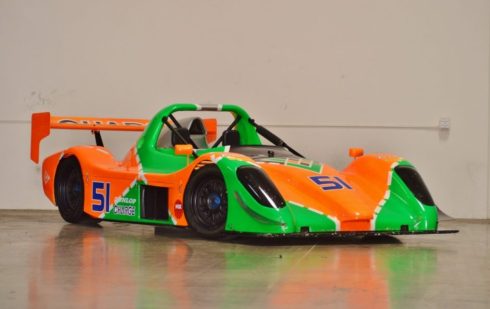 This led to a number of issues:

A quick conversation with the seller solved issue 1. He’d sell my older Radical for me.

The 2nd issue was a bit harder to resolve, but having the first issue solved sort of helped me a bit. I also reminded my wife that I’d be very happy with the newer car and I’ve always appreciated how much she values my happiness. I also got her a dozen roses delivered to her office. I think I’ll be OK on this one.

Depending on what my first Radical goes for, I might come out of this pretty clean. I did get the 2nd car at the lower end of market value and it did have a very nice set of extra wheels with brand new tires. Add in the pneumatic paddle shifters and I don’t think I would have been able to add those upgrades to my current car without going over the purchase price of the new car minus the sales price of my old car (we’ll see what my old car goes for…).

The final issue began this past weekend’s great adventure. When I first purchased the white Radical that meant I’d have to get a truck and trailer. Since both my wife and I instruct for various organizations I ended up getting a two car covered trailer and an (older) F350 dually.

A friend of mine had a Radical Pro Sport that he had purchased from Bring A Trailer, but the organizations he was running with wanted him to only run it in the instructor run groups, so he was looking to let someone else have fun with it. His car was down in Houston. The seller of my new car said he’d also sell my friend’s Pro Sport. Thus a plan was born: Drive to Houston, pick up friend’s car, drive to LA, drop off both cars, load up new car and drive back to Austin. Planned travel time: Friday to (very, very early) Monday morning. I knew this was pushing it, but hey, why not?

Last Friday I took off from Austin and drove down to MSR Houston to pick up my friend’s Pro Sport. It took a bit to pack everything up (lots of spares) and then I headed out to Los Angeles. Unfortunately, the dually had a blowout in one of the inside rear tires as I was driving on I10, but luckily for me, this happened before I got past San Antonio. 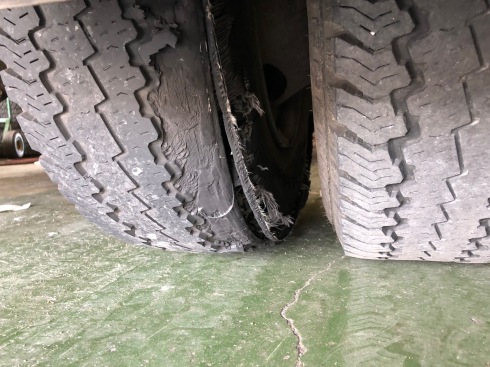 I very carefully and slowly drove back to Austin (everywhere that could have fixed the tire was closed at this point), spent the night with Stacy and then took the truck over to Don Rucker Tire and Wheel first thing in the morning. We decided to replace all the tires on the rear of the truck and I headed back out to LA.

It was quite a trip.

At this point I’m just looking forward to the next event at CotA (or somewhere else) so I can drive the car on track.

If you see me there, please feel free to ask for a ride.